Can cats get rid of rats? | Natural Rodent Control | CityPests.com
Skip to content

Can cats get rid of rats and are rats afraid of them? 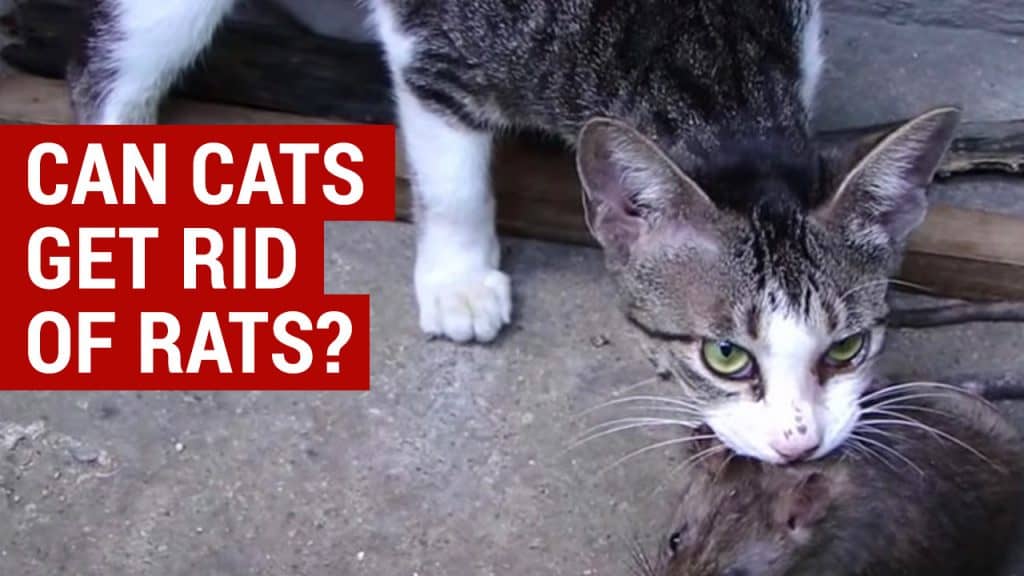 Most of us are terrified of rats. Just the mere mention of them is enough for some people to start running for the door. Small skittish pests, they urinate everywhere there go, spreading disease and causing destruction. But what if we could turn the tables and have them running in the opposite direction instead?

It is estimated that rats are responsible for depleting our food supply, impacting on our wildlife and overrunning our cities. And with an ever-increasing number of rats becoming resistant to poison and rodenticides it is imperative that we get this epidemic under control and look for alternative solutions.

Having historically been used to eliminate rats on farms, ships and bodegas; cats can not only offer us company and companionship but provide us with one of the most successful and humane forms of pest control. But are all cats’ good hunters and are rats really that easily deterred? Read on for my views on the cat versus rat debate:

Is getting a cat the best way to keep rats at bay?

Year on year rat complaints continue to rise all over the States, and it is little wonder when we conveniently provide the perfect conditions for them to live in.  Small rodents can thrive in urban habitats where derelict buildings offer shelter and leftover food can be found scattered across walkways and spilling out of bins. Out in the suburbs our stinking compost heaps and bird feed treats prove too tasty to resist and all contribute to America’s rat epidemic.

There are many methods for dealing with rat infestations – and trust me I would regularly employ them all – but if you start to simplify the situation and understand what rats like and dislike, you can understand why a more natural solution such as cats can be just as (if not more) effective. 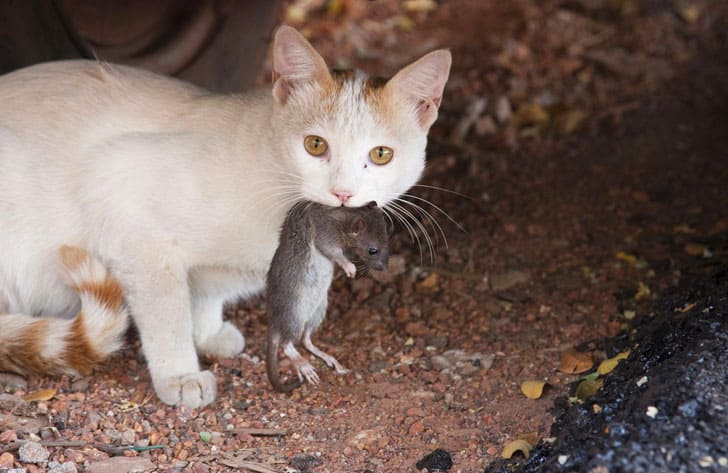 The pro’s for keeping cats to deter rats

I will confess that I am not a cuddly, cat person. I much prefer the loyalty of dogs but over the years I have kept cats for an entirely different purpose. They can be fantastic rat catchers.

Cats in general are nocturnal, sleeping on the sofa by day and patrolling the streets at night.  Agile and quick they do not rely on light in order to hunt, making them the perfect nemeses for rats who like to venture out at dusk. Some cats may eat rats (which can cause a host of issues for your pet), whilst other like toying with them or enjoy the thrill of the chase. Whether they do it for the kill or simply to show you that you’re loved, it is all part of nature’s circle of life.

Cats urinate to mark their territory, but they also spread their scent by rubbing up against things such as walls and furniture. Their scent may not be particularly strong to us, but it can be all consuming for a rat thanks to its strong sense of smell, and that alone may be enough to send it scampering away.

The con’s for keeping cats to deter rats

Not all cats like rats. My first kitty was incredibly lazy and was in fact as petrified of rats as my wife.  It is therefore important to note that if you do end up with a rat infestation and a cat that couldn’t care less, your choice of alternative pest control methods is likely to be limited. Poison may prove deadly for your standard rat but can have serious implications for your pet too. Read my blog on the harmful effects of poisons and rodenticides to find out more.

Keeping a cat does of course mean feeding and putting out pet food regularly – something which rats have a taste for. So instead of deterring them, you may find yourself encouraging pests to visit your home. Finally, rats are sneaky and will often head off down the smallest of holes. Even if you cat is keen on rats, it may not be flexible or small enough to be able to catch it!

Which cats are the best rat catchers?

Some breeds of cat have stronger, natural hunting abilities than others and are predisposed to killing pests. As mentioned earlier, we had a cat who just wasn’t bothered about pursuing rats, yet a couple of years later a stray cat we named Ted took up residence in our home. A big bruiser of a boy, he loved nothing more than spending time outdoors, finding and gifting us with small rodents.

So how can we tell if our cats are of the rat catching breed? There are certain types of cat such as Persian, Burmese, Siamese and of course the popular American Shorthair, which all have long and proven histories with rat catching. But if you don’t want to invest in a pedigree breed, then barn cats or cats that are used to spending great amounts of time out of the house are more likely to be hunters.

Whilst kittens are cute, they are not necessarily born with a hunting instinct and often need someone to show them the ropes. Look out for the following traits: –

Even if you have a cat that isn’t showing an interest in rats, there is still hope. Just by encouraging it to rub up against furniture or wander past areas where you think rats may be nesting, can be enough to scare them away.

Cats, rats and the spread of disease

In the wild a cat would bring small animals back to feed to its kittens. Domestic cats do something similar, often greeting you with dead rats to show their appreciation and to demonstrate their hunting abilities.

Small rodents carry harmful diseases, so there is a chance that these can be passed on to your pet. The most common diseases include Tapeworms, which live in the intestines of your cat and Leptospirosis, a bacterial infection which can have serious consequences for other animals such as dogs and even humans, causing kidney disease and liver failure.

It is really important that if your cat is a hunter, you keep up to date with its vaccinations and ensure that it is wormed regularly. You should look out for any signs that your cat could be unwell and seek veterinary advice straight away.

If your pet has brought you a trophy, you should always use gloves to dispose of it and wash your hands thoroughly afterwards.

When a rat chooses a hiding place that is just out of reach, it can often be tempting to dispose of it with poisoning. BUT, if you have a pet, you should never use rat poison or rodenticides as they are toxic and have the ability to kill cats and dogs. It is important that you recognize the common symptoms of toxicosis, such as loss of appetite, reduced physical movement, paralysis of the hind legs, muscle tremors, seizures and a depression of the central nervous system, incase your cat comes into contact with any poisonous substances.

Cats, rats and other wildlife

There are some people out there that believe that keeping a cat in order to hunt is having a detrimental effect on our wildlife.  It is true that tired migratory birds, small and slow-moving reptiles and even insects are often considered to be easier targets for a cat in comparison to a rat. That said, not all cats want to hunt, and every animal has it place within the food chain.

I am a firm believer that we need to let nature takes it cause for the benefit of our ecosystem. Check out this story about the Wolves of Yellowstone Park and the impact of introducing them back into their natural habitat.

Cats have proven to be the puurfect pest control

Chicago is known for its pizza, jazz and er…rats! Yes, that’s right, Chicago was ranked number 1 for the most rat-infested city in America.  In the fight against rats and alongside rat patrol officers, The Tree House Humane Society set out to offer businesses and residents sterilized and vaccinated feral cats colonies. Taking them from life-threatening situations they managed to relocate them where their presence now helps to control the rodent population of Chicago.

Likewise, Los Angeles have undertaken a similar approach to pest control, and uses a working cat program to rid the city of rats.

Wrapping up can cats get rid of rats?

It is fact that some cats will kill rats, or at worst scare them away merely by smearing their scent. Whilst letting nature take its cause is considered to be a more humane approach than using poisons and traps, you have got to be prepared to deal with the aftermath.

Cats like to flaunt their kill, so if you are squeamish about dealing with dead and partially eaten rodents, then this form of pest control is probably not for you.

Always make sure that you keep your cats vaccinations up to date as rats can spread disease and even fight back, so it is important to look out for signs in case your pet gets bitten or becomes unwell.

Finally, rats are cunning and although they may not be overly fond of cats, they will find ways to live side by side with them such as in confined spaces or by changing their natural behaviour. For that reason, I would consider your cat a deterrent and not a cure when it comes to rat infestations.

Recommended: How to kill rats 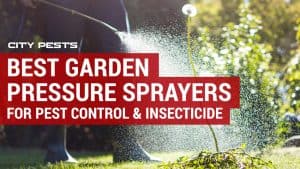 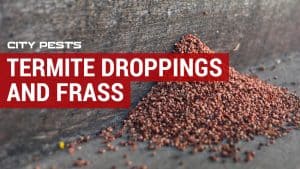 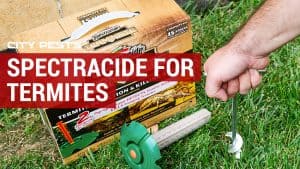 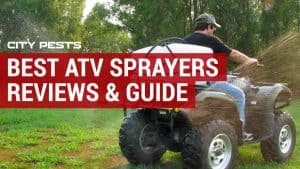 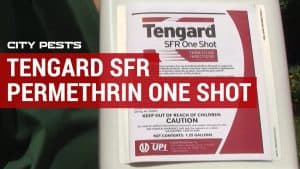 Read More »
PrevPreviousHow to get rid of rats in your drains
NextCan bed bugs live in your hair?Next