Termite Swarms – Everything You Need To Know 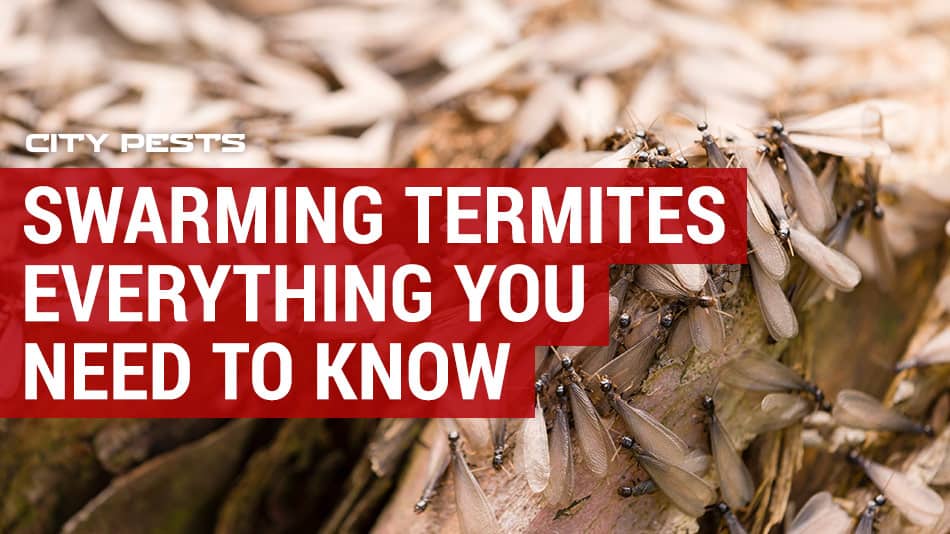 Every spring, during termite swarming season, termites will perform an aerial flight once an active colony reaches an overcrowded capacity. Although the insects may be mistaken for other winged insects, flying termites do indeed exist and termite flying is an annual occurrence once colonies seek to expand.

The most recognizable trait of these types of termites, known as termite alates, will undoubtedly be the swarming behavior of a flying termite, which is a bit like swarming flies around a food source. Termite swarmers will typically be noticeable around the outside of closed windows within the home, or near a wood structure which is being scouted as a possible food source and colony base outside of the home. 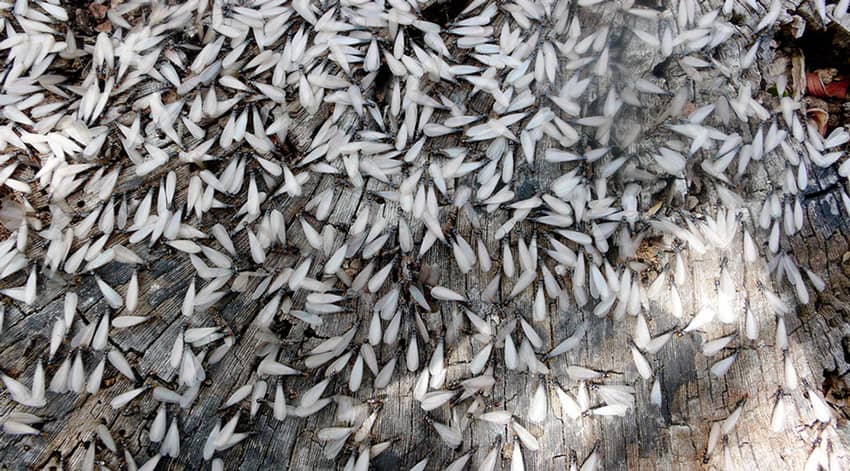 Another facet of swarming termites is that this behavior is usually what occurs during the mating cycle. Once winged termites exit termite colonies, they will typically begin the process of congregating in the air. This is a mating call of sorts, as the males swarm repeatedly in one spot to attract a female termite alate.

Swarming termites are a clear sign that active termite colonies have released a new generation of termites to breed.

If you see this occurring inside of your home, this is a clear sign that active termite colonies have released a new generation of termites to breed and seek new structures to infest. You may need help in diagnosing where the new colonies are going to be located. This process does not usually last long, as the males and females mate and then land to shed their wings and start fresh, new colonies.

If I See a Winged Termite, Does This Mean I have Termites?

Flying termites, when viewed from afar, can look like any other swarmers or flying insects. Most commonly, they are frequently mistaken for flying ants, who are nearly identical. Winged termites will typically have thick anatomies in comparison to winged ants; although this can still make it difficult to tell the two species apart.

Watch this video on termites swarming and learn inexpensive ways to keep them out of your home:

It may help to see the accurate pictures of swarming termites below to help you compare flying alates from other flying insects. These pictures typically show the swarms flying near wood or in the air:

Termite swarmers will essentially resemble a non-winged termite with the addition of a pair of translucent wings that appear veiny when examined up close. Flying termites, also known as swarmers, can also be identified by their distinctive antenna, which will appear straight with a slight curve at the tip.

During swarming season, the sight of flying termites is a sign of active nearby colonies. If you see termite swarmers in your home, chances are you have a termite infestation. This occurrence means that an existing colony has matured to the point where there is a lack of room inside of the structure, which means that a new generation of termites has been expelled through exit holes to start a new colony somewhere nearby.

Since termites are not very apt fliers, seeing them usually means that the colony of origin is within a few feet from the swarm. Once the mating process is complete, this new generation will be on the lookout for a new wooden structure to colonize. If you see winged termites outdoors in your yard, this is a better sign then if you see them indoors.

Exterior termites with wings will often fly around a bit more than an interior swarm. When observed outdoors, these termites are typically on the lookout for an attractive structure to colonize. You will likely see swarmers outside of windows, waiting to find an entry point into the isolated wood inside of a home.

If you observe winged termites outside your home or around your yard, take every measure possible to destroy them, especially when they are swarming near windows, as this is a great threat against the wood structures within your home.

Do Flying Termites Cause Damage?

Termites swarm after rain and during the initial nuptial flight after leaving a colony. While swarmer termites do not cause any significant damage as, for example, a subterranean termite, seeing flying alates during termite swarmers season is a clear sign of reproductive termites and you should get rid of the termites as much as you can with a flying insect repellent.

This goes for the outside as well, if you ever see termites flying out of tree trunks or, flying termites after rain, you should help get rid of any damp wood that could attract a termite swarm outside house, shed, or patio structures. A swarm could also spell bad news for market value. Potential buyers who see a termite swarm in house, garage, or, the wider yard, may distract them from considering the sale.

What to Do If I See Flying Termites in My House?

Many homeowners frequently wonder what steps to take if they see a swarm inside of their home. A termite with wings will typically only fly around window seals or doors looking for an escape to the outside. Unlike subterranean termites, termite swarming season sees an increase in termite wings littering the corners and outside of a house.

Therefore, decreasing any moisture in and around your house can help to repel the flying alates outdoors. Apart from this, consider using a powerful termite spray to kill as many flying alates as you can.

How Long Does a Termite Swarm Last?

Seasons do not last very long, usually only 2-3 months during the spring and summer. This gives the flying alates enough time to scout other areas to form new generations. Alates are looking to mate as soon as possible to increase new families as soon as possible.

Termite swarms are simply the alates leaving an overcrowded colony and mating to form new generations of termites. Alates will not cause any noticeable damage, but this is a clear sign that active infestations are close by. Consider contacting a pest control professional if you see flying alates. 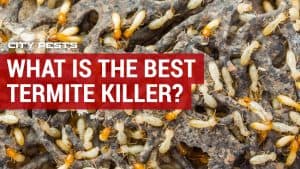 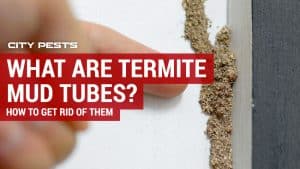 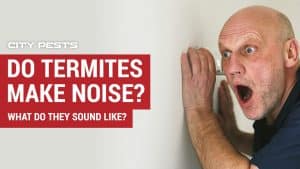 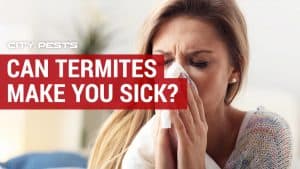 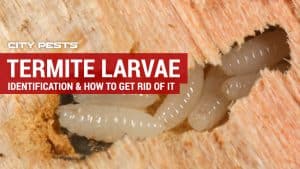 Read More »
PrevPreviousTermites vs. Carpenter Ants – How To Tell the Difference
NextWhen Does Termite Season Begin?Next
This article has been reviewed by our editorial team and has been approved for publication in accordance with our editorial policy. This site also earns from qualifying purchases. Please see our disclaimer page for more information.