How to Catch a Smart Rat 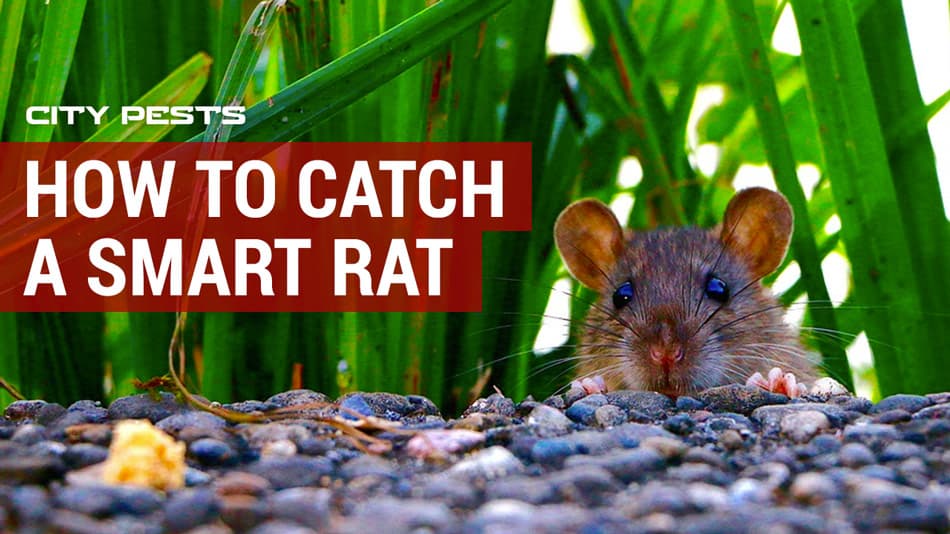 Mice are easy to catch but rats can be a challenge. Rats are very intelligent and are notorious for learning to avoid traps and being suspicious of new objects in their surroundings. If you’re being tormented by an especially smart rat that seems to evade your every attempt at capture, the good news is there are strategies that can help.

How to catch a smart rat: Rethink your approach with common sense. Use several different traps and let rats become comfortable with the traps by placing food around and on top of an unsprung trap for 2 days. Make sure you eliminate any other sources of food.

Do rats learn to avoid traps? Definitely. That doesn’t mean you need to give in and accept an amazingly smart rat roaming around your home and eating your food. Here’s how to catch a smart rat within a few days.

How to Catch a Smart Rat

Rats can be very clever and there are several factors that make them difficult to catch:

Catching a smart rat requires a thoughtful approach. Rats are quick to learn and some tests even indicate they have better cognitive learning abilities than humans even if their emotions and thought processes are far more simple. To catch a smart rat in your home, start by knowing what you’re dealing with.

If you can, identify what type of rat you have. Roof rats are usually found in roofs, attics, and trees. These rats are black or dark brown with large ears and a tail longer than their entire body. Roof rats are very fussy eaters and like dried fruit, nuts, and grains.

Norway or sewer rats are found in basements and ground-level areas. Their tails are slightly shorter than the rest of their brown body. Norway rats will eat almost anything, including raw meat, fish, dried fruit, nuts, and vegetables. Like mice, rats move carefully along walls and edges. It’s uncommon to see a rat scurrying across an open room.

To catch a rat, you will need to place rat traps along walls and corners and use the most appropriate bait for the species you have in your home. With this in mind, it’s time to use strategies that will catch even the most clever rat.

Let Rats Get Accustomed to the Traps

Rats are unlikely to just wander into a trap for food like mice. They are too suspicious of items that suddenly appear in their environment and they will play it safe. The trick to catching an intelligent rat is making the trap “safe.” You can get rats accustomed to new rat traps by conditioning the rat to trust the trap. Place more traps than you think you need around areas where you see evidence of rats and along walls. Make sure the traps aren’t armed and place food next to and on top of the traps. This will help the rats associate food with the object. Let the rats eat for free the first one or two nights before setting the trap.

It’s always a good idea to let rats get used to unarmed traps for a day or two before the trap is armed. When rats encounter a new food, they will first inspect it and eventually take a tiny sample by stretching their neck before leaving. If the new food doesn’t cause any adverse effects like illness, the rat will return and eat more. A rat colony may also allow a young and naive rat to test a food source. If the young rat is unharmed after eating the food, older and smarter rats will believe the new object is safe.

Another trick for catching smart rats is hiding the traps themselves. Set up a safe-looking feeding area by placing an unarmed trap inside an empty cardboard box and covering it with sawdust. Leave a trail of food leading inside the box and a piece of food on top of the trap’s trigger. Once the rat becomes used to going into the box for food, take away all but the single piece of food over the trigger and set the trap. You can get creative to think of other ways to disguise traps to finally catch elusive older rats such as painting a trap to match the floorboards.

Eliminate Sources of Food and Water

Rats are very discriminating. When they have plenty of food and water, they aren’t likely to approach an unfamiliar object for food. When food or water is removed from their environment, they will quickly get over their fear of new things. If you can eliminate the rat’s food source, they will have no choice but to turn to bait on a trap. The same is true of water. Mice don’t need an open-source of water but rats do, whether it’s a stream, water in the sink, or a dripping pipe. If their source of water is eliminated, rats will be attracted to a trap with liquid bait.

Give careful thought to where rats may be getting food to make sure you eliminate all other sources, even if it’s just for a couple of days. Don’t just consider your pantry. Rats may also be taking food from your pet’s dish at night or getting a steady diet of nuts and seeds from a nearby bird feeder.

Use the Right Bait

Once you know what type of rats you have, you will have a better idea of what type of bait to use. You may need to experiment to see what the rats will eat and what best lures them in. Forget about cheese; rats aren’t actually big fans of dairy. Here’s a list of some of the best types of bait for rat traps:

Don’t forget to replace bait if it gets too old or dried out before it’s eaten. This is most important during the first day or two after placing traps.

It can take several days or even up to a week to catch an older and wise rat. You will need to be patient and stick with these proven methods without giving in and making a mistake like switching the bait, arming new traps right away, or using a fast-acting poison bait that is more likely to scare away other rats than kill all of the rats in the colony.

What Is the Best Food to Catch a Rat?

The right bait is crucial to lure suspicious rats to a trap. Rats aren’t big on cooked meat unless they are starving. Instead, they love cereal, pasta, and other starchy foods as well as dried fruit, peanut butter, and chocolate. Avoid cheese, especially if you are dealing with roof rats that eat a plant-based diet.

Do Rats Learn to Avoid Traps?

Yes. Rats are very suspicious of new things by nature and they are intelligent enough to learn. If a rat sees another rat get trapped or has a close encounter with a trap, they will remember. They can even share their knowledge with other rats and some are clever enough to use an object to set off a trap to claim their reward. 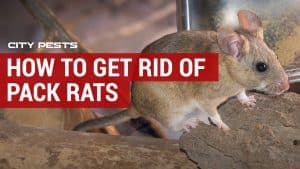 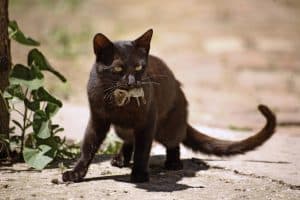 Read More »
NextD-Con Mouse & Rat Poison ReviewNext
This article has been reviewed by our editorial team and has been approved for publication in accordance with our editorial policy. This site also earns from qualifying purchases. Please see our disclaimer page for more information.