Best Fake Decoy Wasp and Hornet Nests | Do They Work? Skip to content 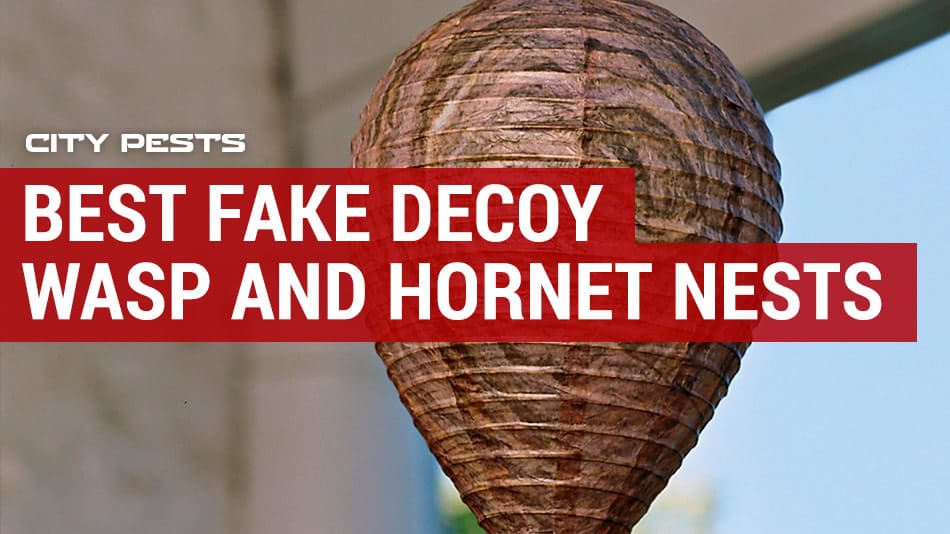 The summer months are mainly spent outdoors enjoying the alfresco lifestyle. But one thing that is sure to start driving you back indoors is the persistent humming of hornets and wasps. By purchasing a fake decoy nest, you can ensure that this summer is one to remember – and for all the right reasons.

Keen to avoid confrontation, a fake nest is the best decoy to hang around your home to prevent hornets and wasps from whizzing by. Territorial by nature, these pest insects are easily put off by the sight of another colony already occupying your back yard.

There is a lot of buzz surrounding fake decoy wasp and hornet nests, but do they actually live up to the hype? With so many fake decoy nests available to purchase online, we look at their effectiveness and recommend our best buys. 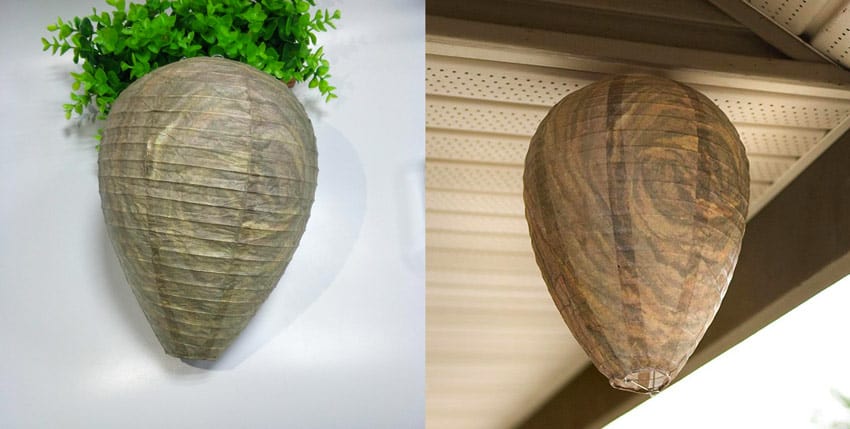 What is a fake decoy wasp nest?

Fake wasp nests, or imitation nests as they are often referred, are designed to replicate a real wasp’s home.

Generally made from paper (which have the disadvantage of being unable to withstand bad weather) they are most effective when hung in the spring. This is because this is the time when the Queen is starting to nest in preparation for producing many thousands of workers.

These fake nests are quick and easy to deploy and can be hung around your back yard to deter wasps and hornets, without the need for toxic sprays such as pesticides.

Will a fake wasp nest keep wasps away?

Although wasps are extremely territorial, they tend to steer clear from areas that are already occupied in order to avoid conflict. And, as they have terrible eyesight, just the sight (albeit blurry) of someone else’s home, is enough for a wasp to take flight.

Yes, we know it sounds too good to be true, but fake decoy nests really do work providing they are placed in the perfect spot for optimal protection. This includes up high on rooftops, beside standing water and next to garbage bins – all the areas that wasps and hornets are likely to hover. Just make sure that if they are made from paper, that they are placed undercover to protect them from the elements.

If, however you are attempting to tackle a colony of wasps which build their nest underground (such as mud wasps), then a fake nest is likely to have little or no effect.

Also, a wasp will only be tricked for so long, and it is not unheard of for a wasp to observe the area to see if these decoy nests are actually occupied.

What is the best wasp deterrent?

Wasps are grouchy insects, and if you catch one on a bad day you are sure to know about it. They can also be dangerous with a sting in their tails which can cause an anaphylactic reaction for some.

The difference between using a repellent and a deterrent is that the former is more likely to aggravate a wasp or hornet. And, once it becomes distressed, it will emit a pheromone that sends a type of back up call to its colony members.

It is therefore much better to deter a wasp using a fake decoy nest rather than attempting to bat it or spray it away.

Just like us, there are certain aromas that are known to get right up a wasps nose. For example, eucalyptus, lemongrass and strong scented herbs such as mint are good repellents, so in addition to a fake decoy wasp nest, it is definitely worth potting a few of these plants around your back yard.

Although you could try enticing wasps to explore other areas of your yard using water sources, chances are that when they catch a whiff of a BBQ, sugary snack or fizzy drink they will be back, twice as buzzy and even more menacing.

Therefore, a more permanent, nontoxic approach to deterring wasps is to hang a fake decoy nest. And, when you combine this with other solutions such as traps and swatters, you can enjoy the benefits of a pest insect free summer. 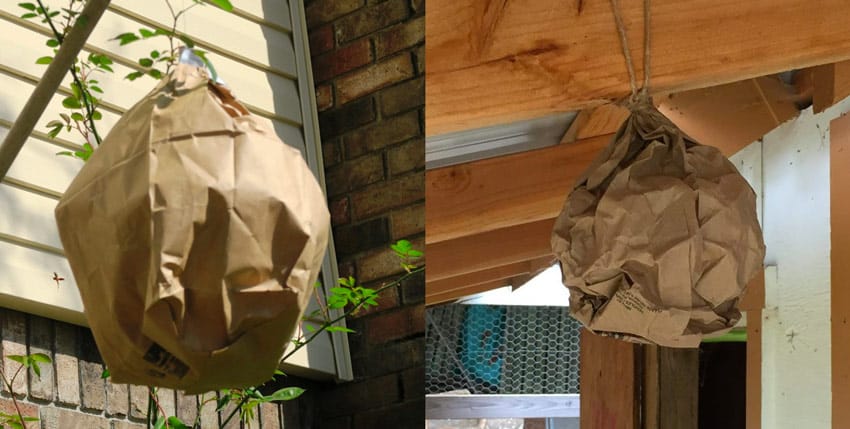 How to make a fake D-I-Y wasp nest

If you are interested in D-I-Y or are particularly crafty, then you can create your own fake decoy wasp nest using:

What are the best fake wasp nests?

The different types of fake wasp and hornet nests that you can buy online tend to look more effective than those you can make yourself – regardless of how artistic you may be – making them a powerful deterrent in the fight against these flying insects.

Everyone wants to get their money's worth when it comes to pest control, and we strongly believe that these fake decoy nests are a cost effective way of deterring wasps and hornets in a humane way.

Below we have reviewed our top 5, available to buy from Amazon.

We have rated this decoy nest the best, due to its design, function and affordability. Whilst most nests are made from rice paper, this decoy nest is made from sturdier material and is built to last all the seasons through. That said, if you place a plastic bag inside, it will last even longer.

Ideal, regardless of space, this decoy nest can be placed on the ground or up high so is good for deterring different types of wasps. In addition to this, it is so easy to set up. Just puff out the bag, pull the drawstring and position it where appropriate. It really couldn’t be simpler.

This nest is probably the most authentic looking of them all and has the biggest benefit of all – its waterproof. Made of a tough, durable rubber like material it is sturdy enough to take you through every season.

Supplied deflated, you will need to fill it with air in order to hang. Once pumped up, however, it keeps it shape for many months, scaring hornets and wasps away. Sold individually, you may need more than one depending on the how large the area of land you are trying to protect.

This imitation wasp nest is made using a cotton and bamboo fiber blend and is wire framed in order to keep its shape and make it as realistic looking as possible. Shipped as a 2-pack, each eco-friendly wasp nest measures an impressive 8.5 inches in diameter with a height of 11 inches.

Just makes sure that you remember to hang these nests in shaded or protected areas such as under trees, canopies or decks, in order to ensure they do not disintegrate in the rain or through moisture.

These aesthetically pleasing fake decoy nests are cleverly designed so that they have an inner wire framework to stop other insects from climbing inside. This set of 4 nests are made from reinforced rice paper and have yellow and red hues to enhance their natural appearance.

A fabric rod allows you to hang these nests in a sheltered location, such as underneath the eaves of your house or beneath your deck, and each one can be collapsed during the winter months whilst in storage.

These decoy nests look different to the paper varieties as they are camouflaged and made from a thin canvas type material the size of a balloon. Not as waterproof as some, we would recommend inserting a plastic bag inside to prolong the products life cycle.

Easy to install, you need to stuff the decoy hives with material to give it a realistic shape and look and then pull the drawstring to seal. One box comes with 3 nests inside, although they do rip and disintegrate quickly, so it is probably just as well you get more than one.

What to do if you spot a real wasp nest

If it is too late to prevent wasps from visiting your backyard and a nest has been spotted, you need to act straight away.

Try not to disturb the nest and if you need to go near it, we would strongly recommend wearing protective clothing. Although insecticides are very powerful it may take many attempts to eliminate all of the wasps and the chances of being stung in the process are high.

Pest control experts are well equipped with both the knowledge, know-how and specialist tools in which to tackle and remove a wasp nest on your behalf. Wasps are not known for returning to the same nesting places year after year, so once removed providing you put up a fake nest, you should be wasp free for many summers to come.

Fake decoy wasp and hornet nests do work if placed early enough in the season so as to convince other wasps to build somewhere else. Some wasps will still build in close proximity to one another, so it is best to purchase multiple decoy nests if you can.

Also remember, that wasps who build their nests underground are unlikely to be deterred by these imitations, so it is important to have a variety of pest control methods spread out across your back yard. 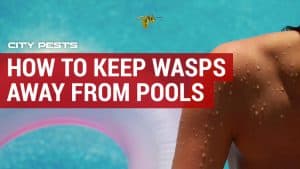 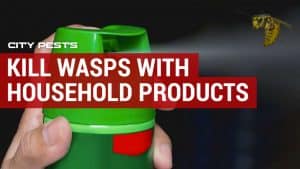 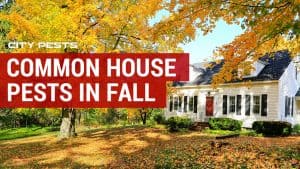 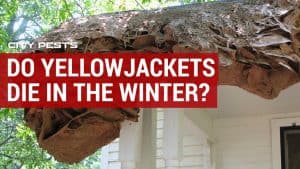 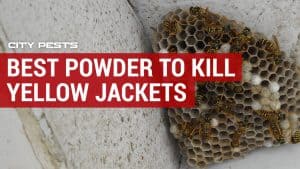 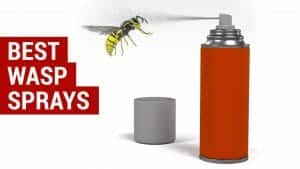 Read More »
PrevPreviousHow to keep wasps away from swimming pools
This article has been reviewed by our editorial team and has been approved for publication in accordance with our editorial policy. This site also earns from qualifying purchases. Please see our disclaimer page for more information.