How Long Do Fleas Live for Without a Host? - City Pests
Skip to content

How Long Do Fleas Live for Without a Host? 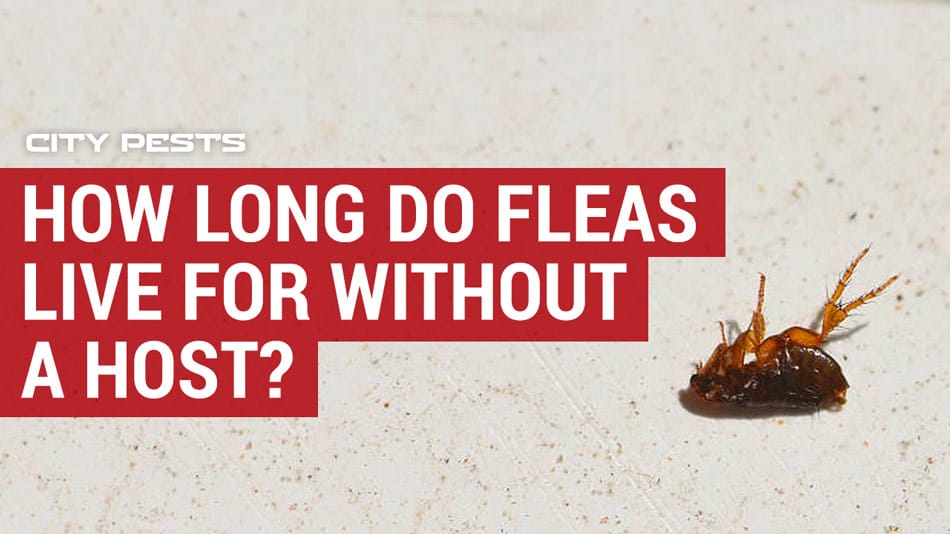 Have you woken up to flea bites? Do you notice your dog or cat scratching and biting themselves? There’s definitely nothing fun about discovering fleas. One of the biggest concerns you may have is, how long will the fleas survive if they’re deprived of a food source? Can you simply leave for a while and let them die off?

So, how long do fleas live without a host? Fleas can survive for around 100 days without a host, but it depends on their life stage. Adults that remain in the cocoon can go into a dormant stage and live up to 155 days without food. Adult fleas removed from a host starve within four days. Young fleas can live up to one week.

Want to know more about how long fleas live without a host for food? Let’s cover the subject in more detail.

How Long Do Fleas Live?

Typically, fleas tend to live for around 2 to 3 months, give or take, but they can survive for up to 18 months in ideal conditions. Without blood, a flea’s life expectancy is much shorter, and female fleas are unable to lay their eggs without blood. To fully understand how fleas live, we should first take a look at and understand the fleaâ€™s life cycle.

As with most forms of life, it all starts with an egg. Following a nice blood meal from your dog or your cat, for example, an adult female flea will lay her eggs. The eggs are miniscule and white, around the size of a single grain of sand, and are laid in your petâ€™s fur in clutches of 20 or so with as many as 40 eggs laid each day.

The flea larvae then emerge from the eggs as the next stage of the fleaâ€™s life. At this stage, the larvae are blind and will try to keep away from any light. As they develop over the following weeks, they eat pre-digested blood which the adult fleas pass and other organic debris found around them.

The flea larvae can reach as much as a quarter inch in length, are an almost clear white, and have no legs. Larvae make up roughly 35% of the average householdâ€™s flea population. Within around 5 to 20 days of hatching, should conditions be sufficient, the flea larvae will start to spin cocoons, readying for the next stage of life.

This is the final stage of the developmental cycle before adulthood. The pupae is protected within the cocoon for several days to weeks, or even sometimes months. In extreme cases, flea pupae can survive years if the surrounding environmental conditions are not right. This stage of a fleaâ€™s life cycle accounts for some 10% of the flea population in the average home, and thanks to the sticky outer coating of the cocoon, they can hide deep within your carpets, able to withstand any sweeping or light vacuuming, and with good resistance to chemicals.

The flea will stay in this state until a potential host has made itself obvious. The flea pupae can detect body heat, vibrations, and even rising levels of carbon dioxide. Once it has been triggered by people moving about the house or by your dog or your cat walking by, the pupae will begin to emerge from the cocoon and look to feed.

Once the flea has emerged from within its cocoon, it has only a few hours to find a host to feed, and following its first meal, it will breed and start laying eggs after only a few days.

Adult fleas who have only just freshly emerged from their cocoon can be noticed by their flat-bodied, darker appearance. Once theyâ€™ve fed, they become larger and lighter in colour, becoming more akin to what one might recognise as a flea. Fewer than 5% of the entire flea population in the average home is made up of adult fleas, and the majority of their time is spent living on their host â€“ i.e. your pet â€“ while they feed, breed, and lay their eggs. A fully grown adult flea can live on their host animal for anywhere from around a few weeks to several months. 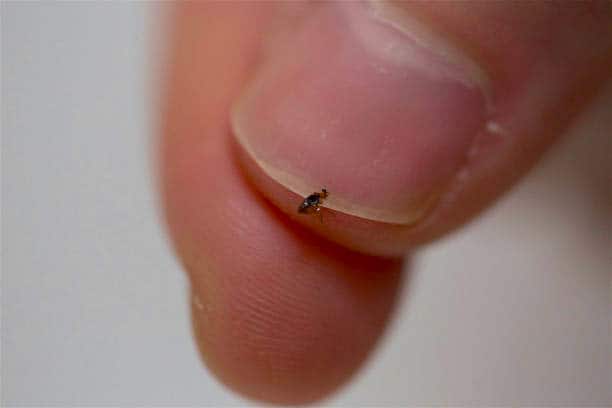 How Long Do Fleas Live on Humans?

Worried about fleas living on you? It’s actually quite uncommon for fleas to decide that theyâ€™re going to live on human skin, but it’s far from unheard of, even if said human has no pets.

In a home with no cats, dogs, or other furry pets, you can bet that theyâ€™ll see you as the next best option. For those with pets such as cats and dogs, for example, the fleas wonâ€™t actually want to stay and live off of a human, as cat and dog fleas are built for hiding in fur. That being said, theyâ€™re still more than happy to bite you if you get too close. If desperate flea times are calling for desperate flea measures, cat fleas may jump to a human to try to sustain themselves.

Bear in mind two things here, however: while fleas can indeed jump super high, super high to a flea is only going to be as far as a humanâ€™s ankle. And secondly, while theyâ€™d prefer not to feed on humans, a single feeding will sustain a dying flea for a few more days while they hope to find a more suitable host.

How Long Does it Take for Fleas to Die Without a Host?

When an adult flea emerges from its cocoon, it needs to find a meal as soon as possible. Without being able to find blood to feed upon immediately, the flea will begin to starve. Generally speaking, however, young to adult fleas are able to live for as much as four days to a week without any food before dying as a result of starvation.

How Long Do Fleas Live after Treatment?

There are many different treatments available for dealing with fleas, such as flea collars, sprays, tablets, and spot treatments, all featuring various active ingredients to kill off fleas. The active ingredient and delivery method determines how long fleas can survive.

A flea shampoo works by killing fleas on contact. Shampoos may only work on adult fleas. Flea shampoos are directly applied to your petâ€™s coat, however it isnâ€™t always the greatest solution since itâ€™s unable to offer long-term protection. Itâ€™s wise to consider following up any flea shampooing with a longer-term preventative treatment too.

Special, veterinary-approved household flea sprays are available, with which you can effectively tackle spots in which flea eggs, larvae, and flea pupae are likely to be hiding.

Imidacloprid is an active ingredient found in many flea products, such as collars. It spreads throughout the coat and the skin of your pet, and kills off any fleas immediately through contact within 24 hours. The collars can last for as long as 8 months.

Oral tablets that also include imidacloprid are available that introduces the active ingredient into your pet’s bloodstream. Once the tick or flea bites your pet and chows down on the blood, it’s done. Monthly oral flea control medication disrupts the flea’s life cycle and kill up to 99.9% of adult fleas but they won’t kill flea eggs or larvae.

How Long Do Female Fleas Live for Without Food?

When removed from their host, a female flea, or male flea too for that matter, will usually die of starvation within about 4 days. Young adult fleas can last somewhat better without any blood to feed on, being able to last for around a week.

Also, any female flea that is unable to find blood to feed on is unable to lay any eggs. Once sheâ€™s had her first meal, she gathers the energy to start laying, which is how fleas are able to spread so quickly and successfully.

How Long Can Fleas Live for in Your Home?

Prior to emerging from their cocoon, the flea pupae can live nestled within the nooks or crannies of your home for several weeks. In more extreme cases where the environment is not yet suitable for them to emerge, they can even live in this state for as long as several months to a year. Itâ€™s worth noting as well, that at any point in time, around 57% of all of the fleas in the average home are in the pupae stage, i.e. in their cocoon.

When looking to treat areas in your home in which fleas may be living, youâ€™ll want to pay special attention to any areas where your pet sleeps, such as the carpets, rugs, and your petâ€™s bedding. Without an effective treatment option, pre-emerged fleas can wait for months to essentially reinfest your home.

To effectively remove fleas from your home, vacuum carefully. This helps physically remove the fleas and stimulates them to emerge from their cocoons so they can be better exposed to insecticides. Next, use a product that contains permethrin like Martin’s Permethrin Spray or Hartz UltraGuard Plus Flea & Tick Home Spray. 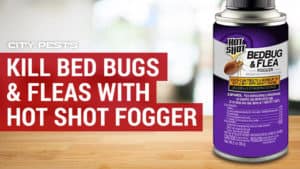 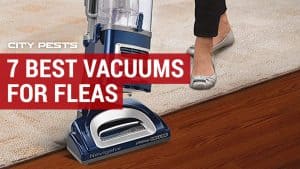 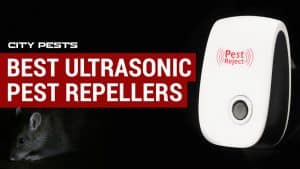 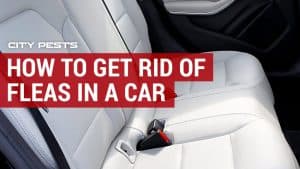 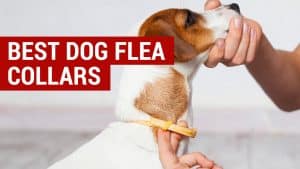 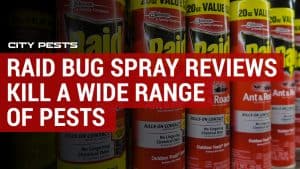 Read More »
PrevPreviousBest Dog Flea Collars – Reviews & Guide
NextHow to Get Rid of Fleas in a CarNext
This article has been reviewed by our editorial team and has been approved for publication in accordance with our editorial policy. This site also earns from qualifying purchases. Please see our disclaimer page for more information.

How to Get Rid of Fleas in a Car

How Long Do Fleas Live for Without a Host?